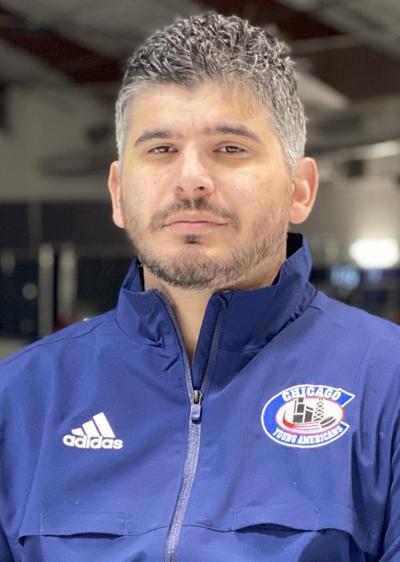 Mike Monti joined the Storm in the fall of 2020 and returns for his second season as the Head Coach of the U18 team. He has coaching experience in NCAA Division I, Division III, Pro, New England prep, and youth hockey.

Monti began coaching at his alma mater, Western New England University, in 2009. Serving as an Assistant Coach and Recruiting Coordinator, he helped revitalize the team to become one of the most competitive programs in the ECAC-Northeast Conference. His recruited players went on to win the Rookie-of-the-Year award, All-Rookie team, and All-League Awards.

From 2012-15, Monti served as the Director of Hockey Operations for The University of Vermont (Hockey East). During that time, the Catamounts reached the NCAA National Tournament (2014), and The Hockey East Championship (2015), while posting back-to-back 20 win seasons. 4 Catamounts signed NHL contracts, and 19 more moved on to pro hockey.

In the fall of 2015, Monti became the Assistant Coach at Williams College (NESCAC). The team finished first overall in the league in 2015-16, reaching the NCAA Elite Eight, had the NESCAC Player of the Year, an All-American, and several All-NESCAC player honors. Williams College also received the NESCAC Coaching Staff of The Year Award.

In 2017-18, Monti served as Head Coach of Williams, while Bill Kangas was on sabbatical. In his first season as head coach, the team finished with 14 wins, and advanced all the way to the NESCAC semifinal. Several players took All-NESCAC player honors.

From 2018-20, Monti coached in New England Prep School Hockey, where 12 of his former players committed to Division I/III schools over the course of two seasons. He simultaneously held a Development Coach role with The Florida Everblades of the ECHL.